Home/Uncategorized/5th Anniversary of Lithuania 2012
Previous Next

ISA DEMONSTRATES SHUFFLEBOARD AT THE 5th TAFISA IN SIAULIAI, LITHUANIA IN JULY OF 2012 ISA President Michael Zellner applied to demonstrate Shuffleboard at this world class event and was accepted.

10 Shufflers were selected to represent the ISA from 5 to 10 of July, 2012.
From Brazil: ISA President Michael Zellner, Bernar Borges, Camille Caldas & Gabriel Zellner; from America: Jim Bailey and Gus Bondi; from Canada: Lois and Stan McCormack; from Germany: Dieter Hussmann and Marius Runge.

Dieter Hussmann transported 2 Courts, discs and cues to the city of Siauliai by car, and met us at the beautiful Arena on July 4th.

The Opening Ceremony took place on Friday, July 06th in the Arena. All delegations paraded through Siauliai to the Arena, a distance of 4.2 km. Upon arrival we were assigned seats in the Arena and at 20:00 the Opening Ceremony began. It was an impressive display of video projections, lasers, air gymnast’s stunts, and choreographic compositions. To conclude the Ceremony, all delegations marched on to the Arena floor.

DEMONSTRATION DAY: 2012 07 08. Courts were set up and fully occupied by 10:00. This situation continued throughout the day, ending at 20:00 at which time we disassembled the courts. Participants varied from TAFISA (The Association for International Sport for All) officials making the rounds, to individual enthusiasts and families.
Closing ceremonies took place on 2012 07 10. 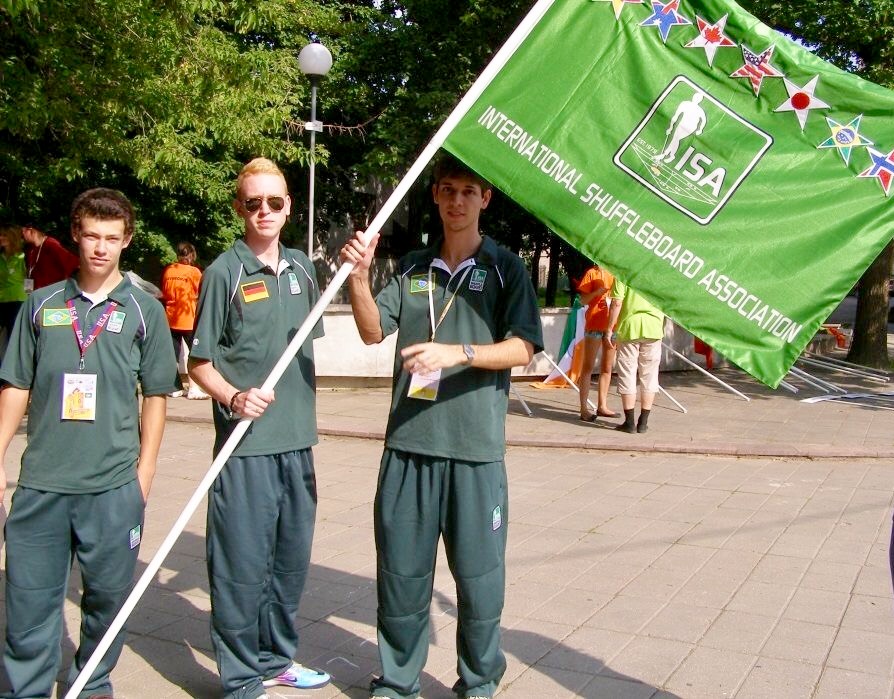 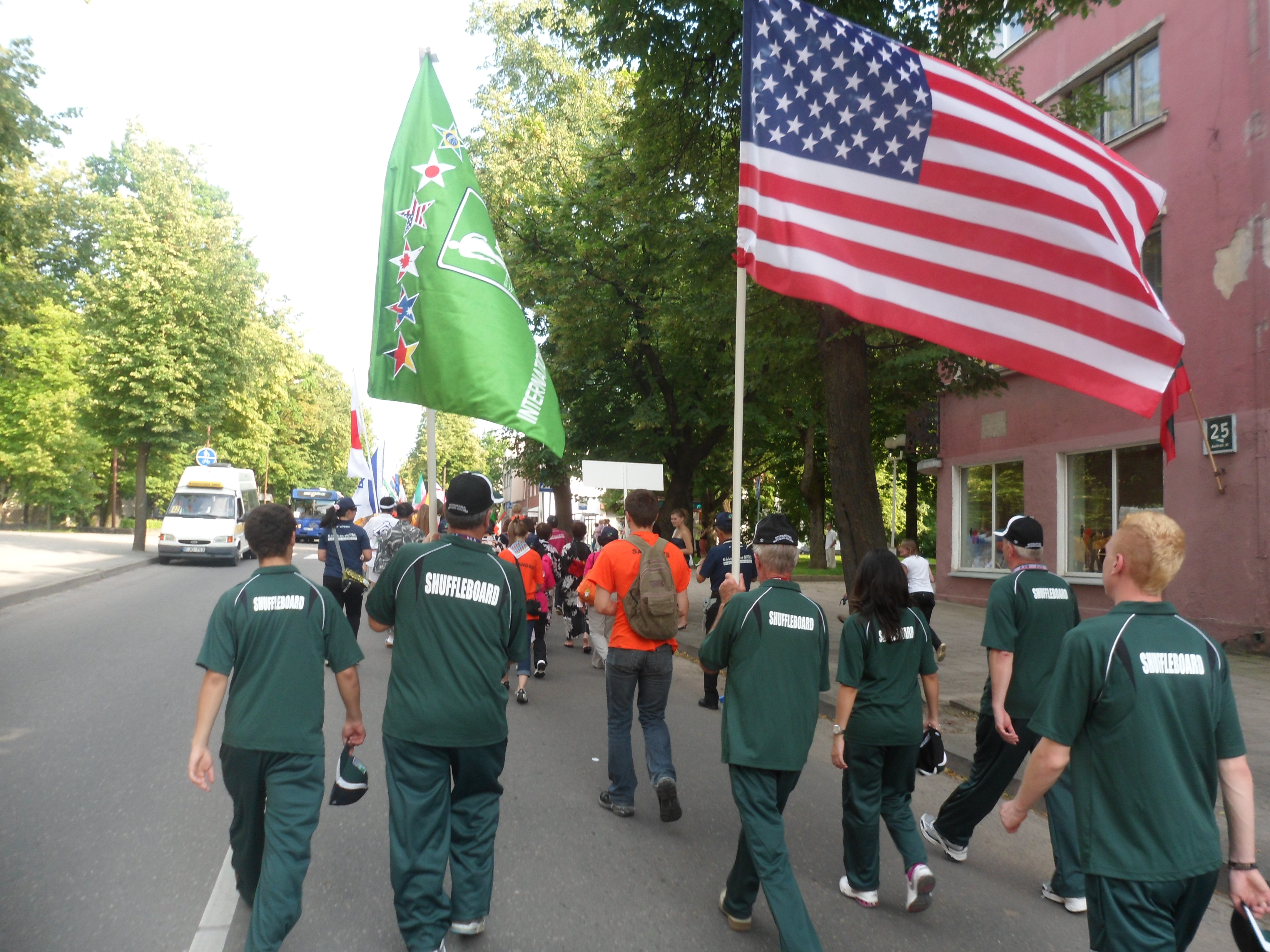 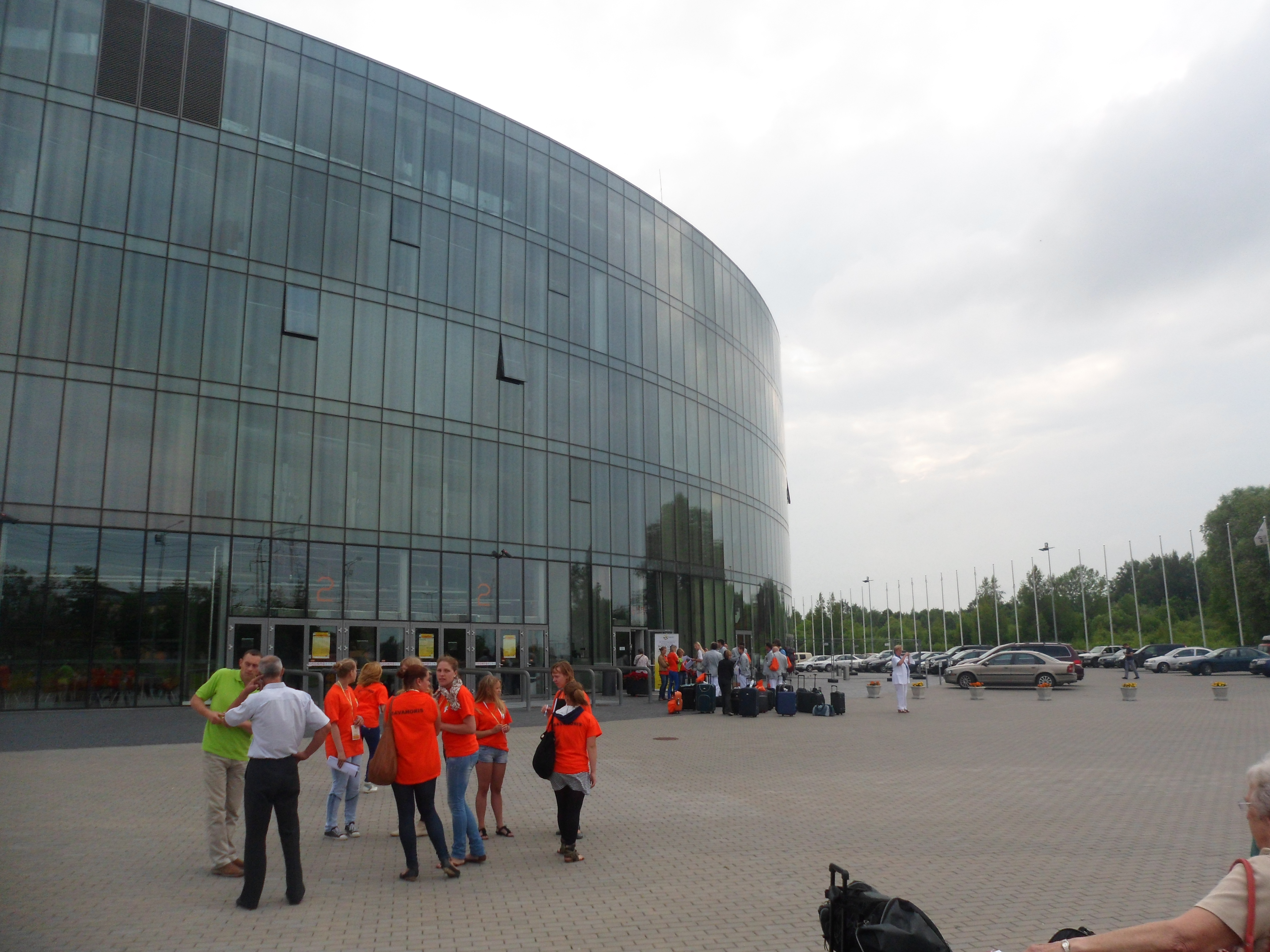 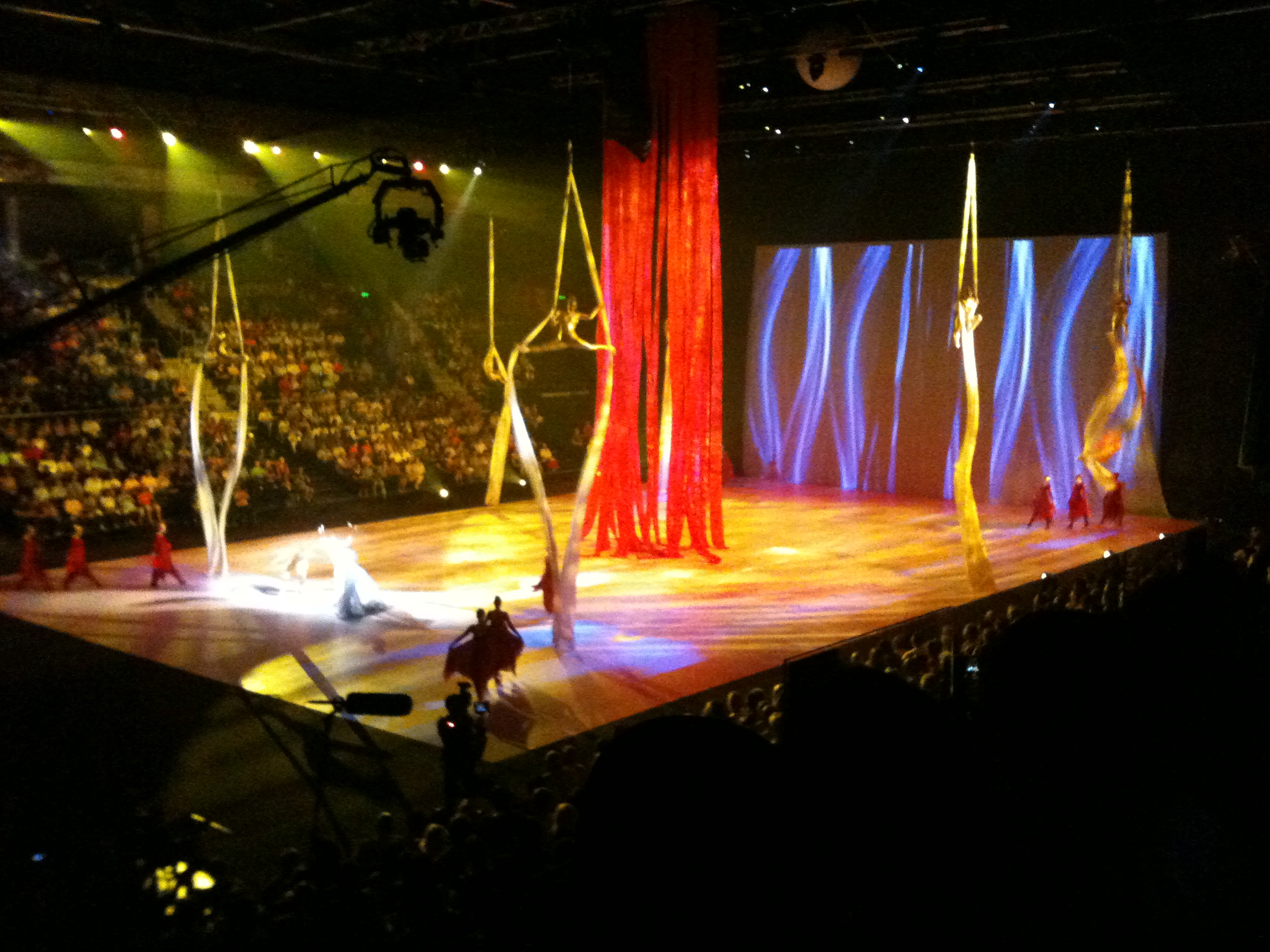 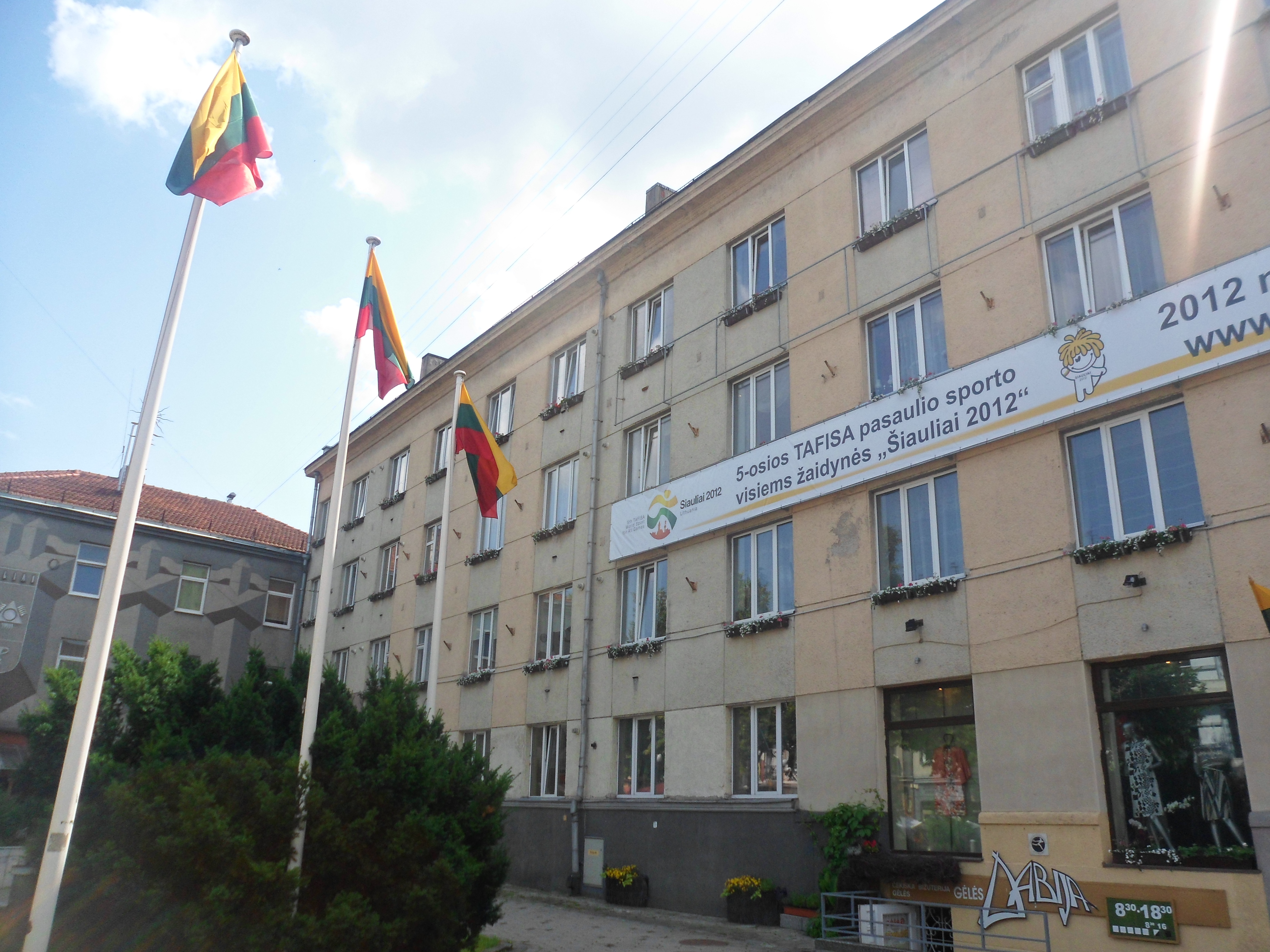 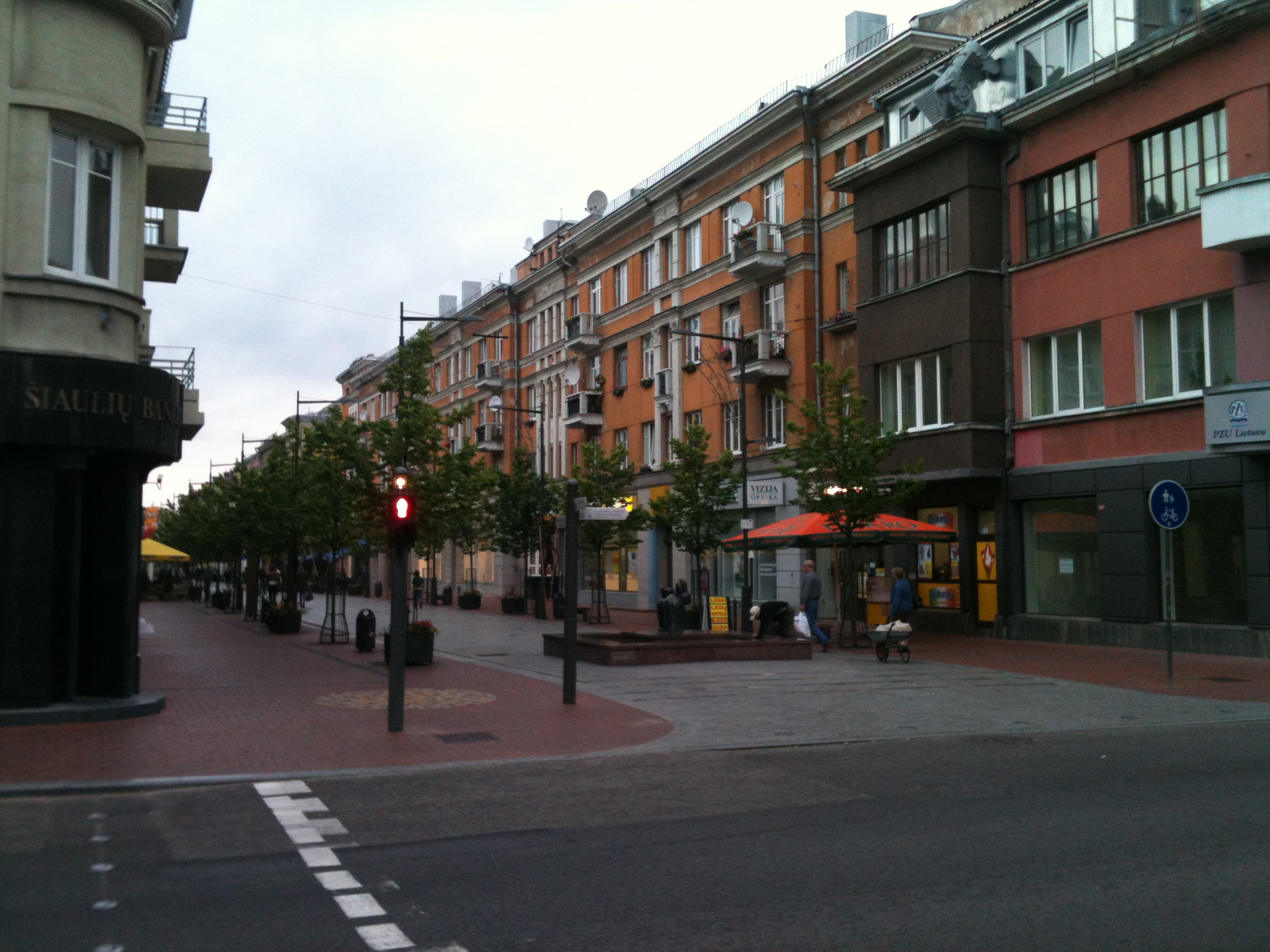 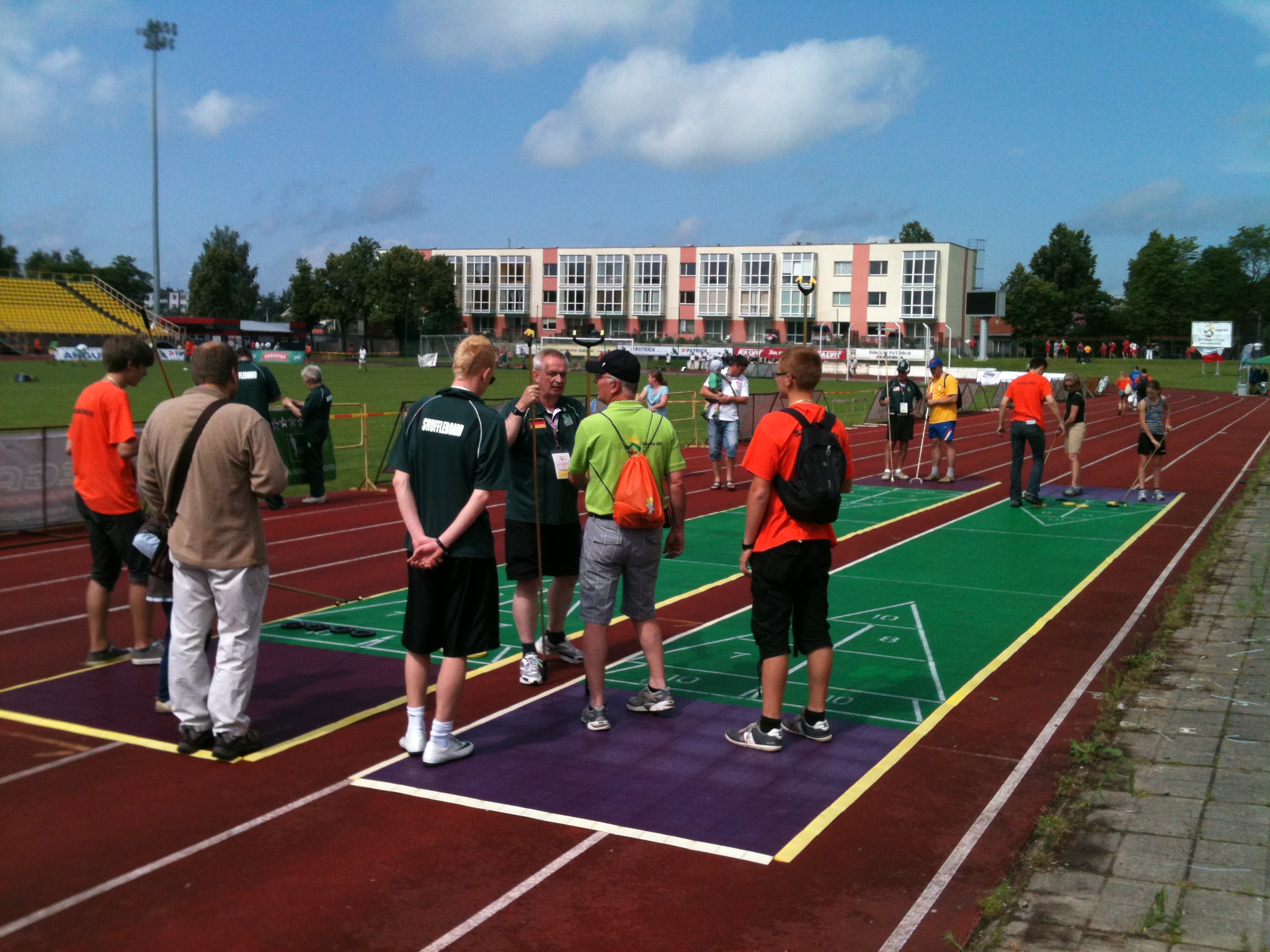 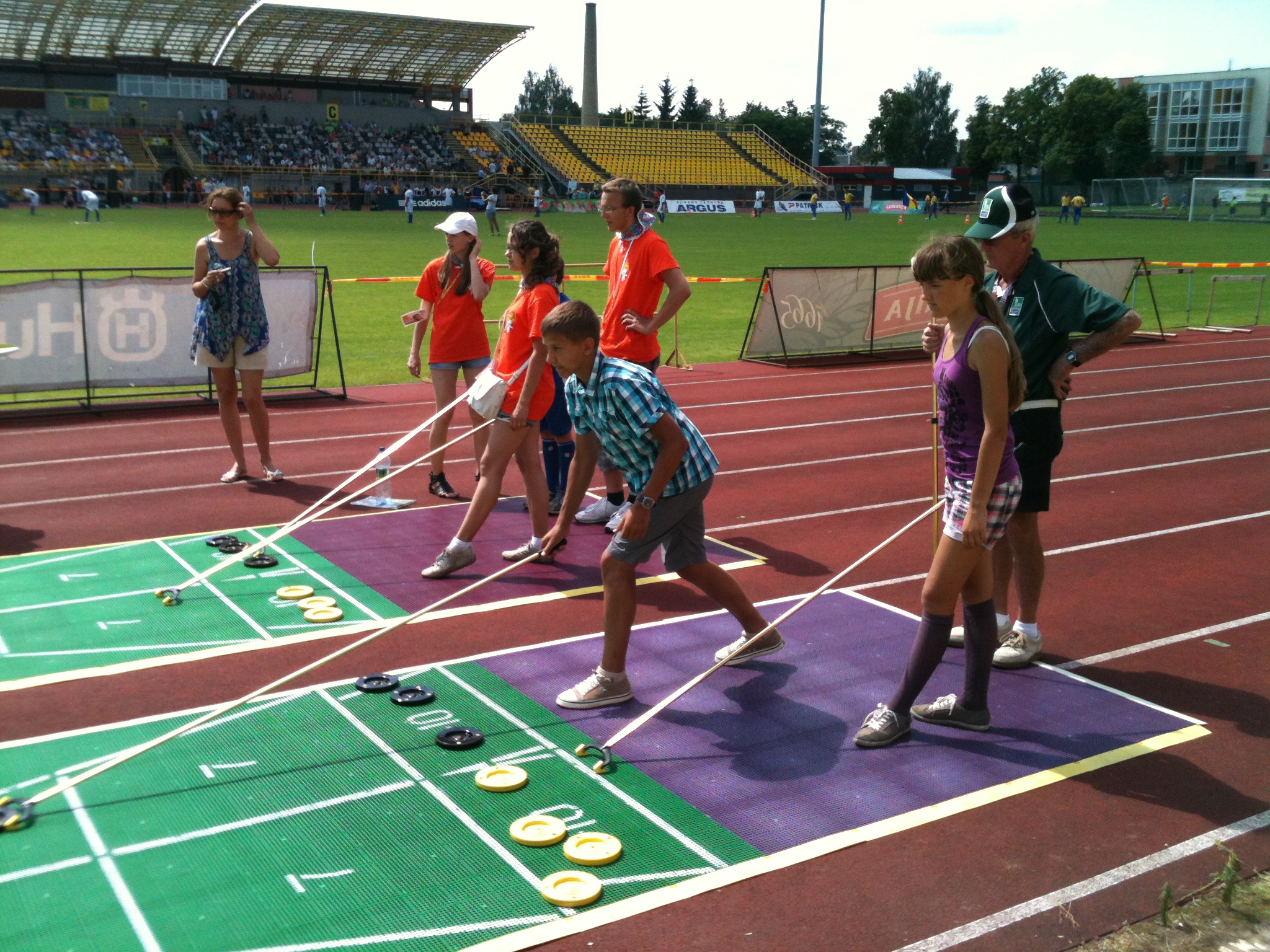 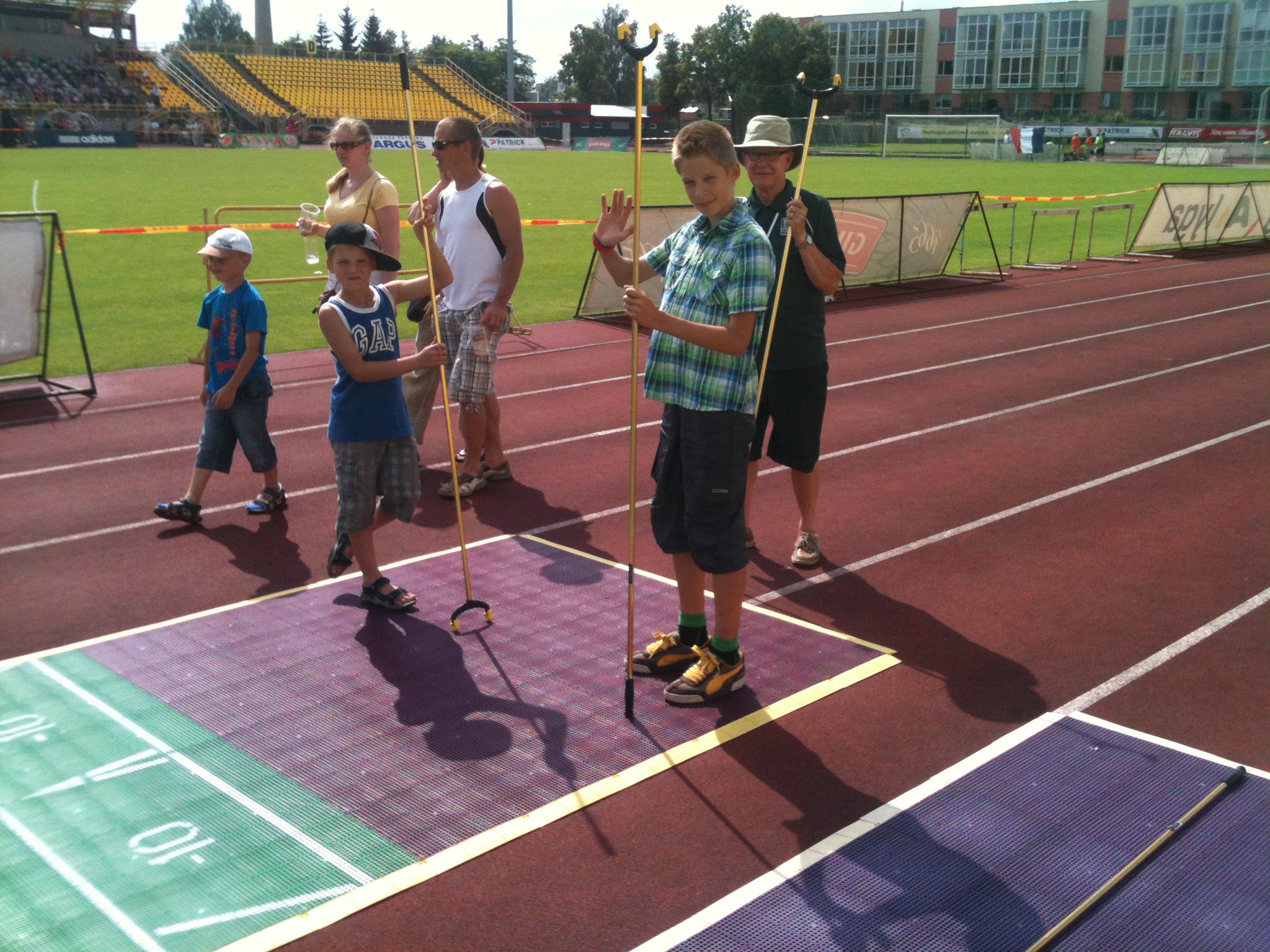 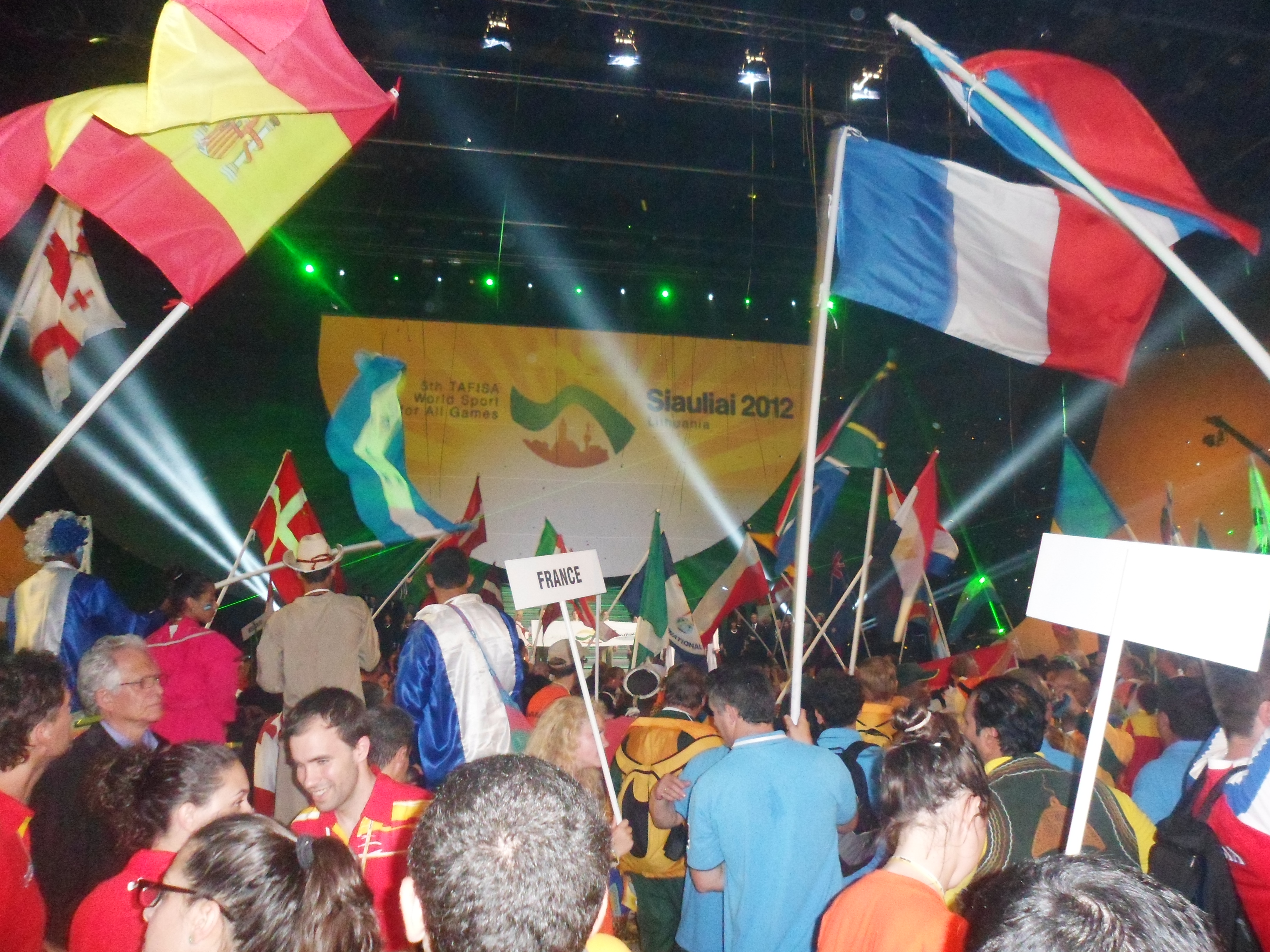